Whether you consider Army as an honorary service, a career choice, or just a stepping stone, understanding how much you will get paid from the army is crucial to your long-term planning and your financial health. Good news is, your army pay is more than just the meager income stated on military pay chart. Depending on the tasks and skills you have, you may be able to earn special pays and bonus in addition to your monthly basic pay.

The army pay is structured into 3 parts—The Basic Pay, Special & Incentive Pay, and Bonuses.
The Basic Pay is your base salary determined by your rank(also called as pay-grade) and length of services. The rate of Basic pay is predetermined by the Department of Defense annually to accommodate the rising cost of living.

Below is a table outlining E-1 through E-9’s basic pay structure.

Below is a table outlining O-1 through O-10’s basic pay structure.

Besides the Enlisted and the Officer, the Army also has a third type of rank called Warrant Officers who are usually the technical experts in their field. The warrant officer is ranked higher than the highest Enlisted rank E9 but below the lowest rank of a second Lieutenant O1. Therefore, the basic pay for an army warrant officer is higher than a typical enlisted service member but lower than the officer, if they all had the same years of service.

Besides Basic Pay, service members in the Army get different kinds of Special Incentive Pay. These incentive pay are either required by the nature of your duty and assignment as compensation, or as options that incentivize people to sign up for certain task or develop critical skills. 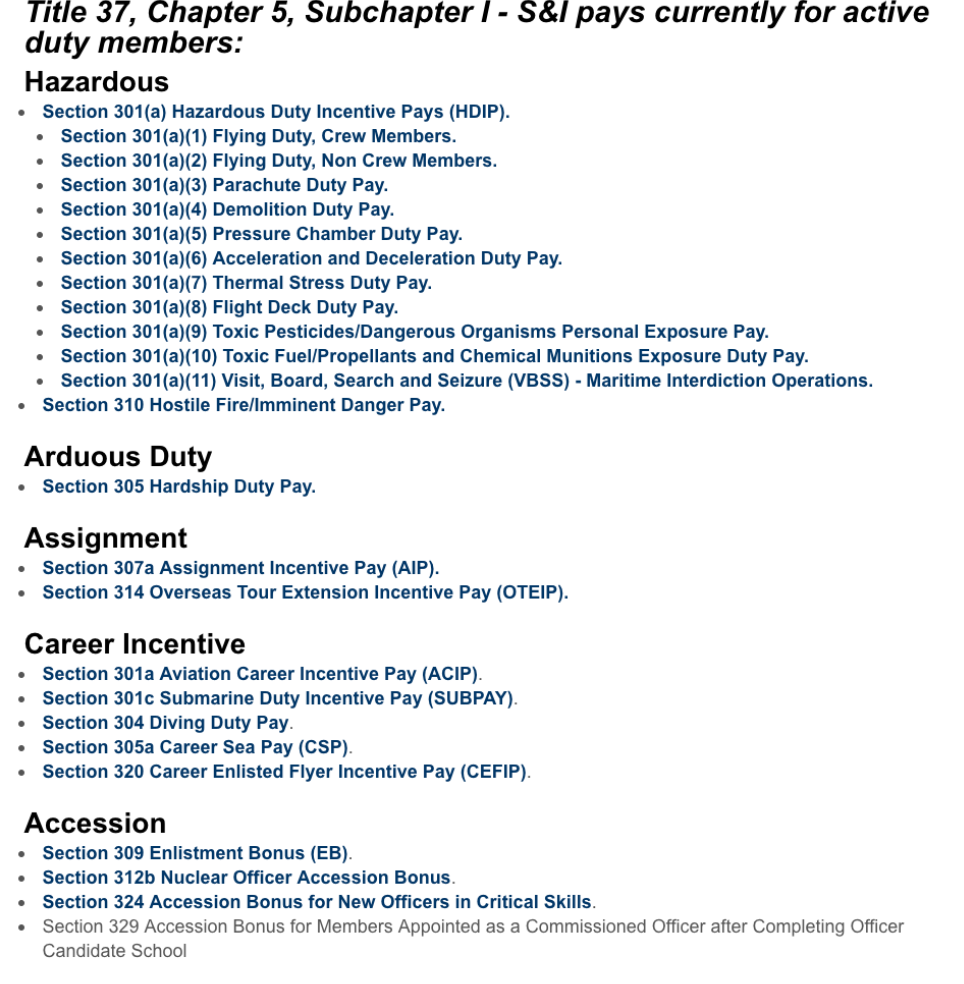 In addition to Special and Incentive Pay, Army service members may be able to get one time bonuses at enlistment up to $40,000. Bonus amount may vary depending on your skill set, contract length, specialty job or training. Some bonuses may even be combined with other bonuses. Check if any of the following programs potentially applies to you and earn some extra cash from day one.

Ranger Bonus:
If any enlisted army service members complete the Ranger Assessment and Selection grueling Program (RASP) and join the 75th Ranger Regiment, they may receive up to $10,000.

Linguist Bonus
This bonus is given to people who speak other foreign languages besides English. An army service member who gets the placement in either of the following two MOS may receive a bonus up to $40,000.

Reenlistment Bonus
If you are a qualified former army service members with a ranking E4 or below when re-enlisting, you may be able to earn $20,000.

Two Year Option 26 Bonus
If you can commit to two years of active duty followed by two years of army reserves, then you may receive $5,000. In addition, you may be eligible for a quick ship bonus up to $4000.

Here is a comprehensive list of MOS( Military Occupational Specialty) on the GoArmy website that may earn you a one time bonus at enlistment.